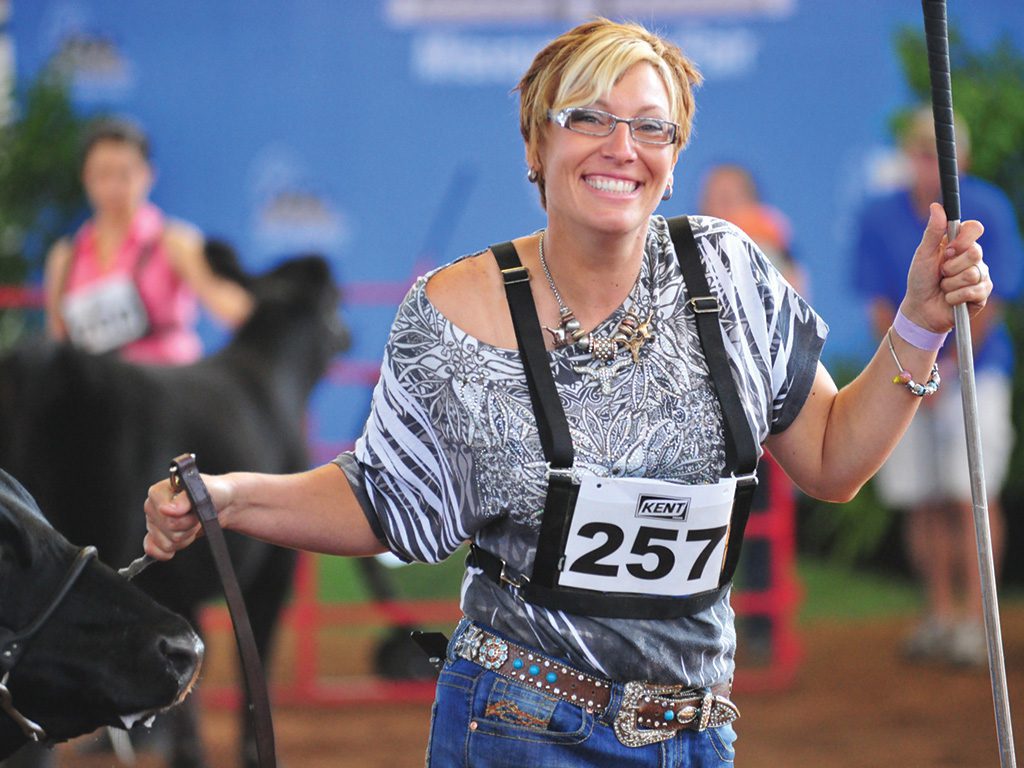 There’s only one accurate word to describe Mandy Raithel: multitalented. Raithel’s abilities are not only many, they span as wide a spectrum as one can imagine.

Raithel’s studies at the University of Missouri-Columbia earned her a Bachelor of Fine Arts degree. During her time there, she also worked for Sydenstricker Genetics, with her husband, Ed. This eventually led to a fulltime position at Herbster Angus Farms in Falls City, Neb.

Raithel is enthusiastic about her job, which includes cattle work on a good horse, conceptualizing and designing all of Herbster Angus Farms’ advertising and website material, and working with their successful show string. There’s no part of the operation from which she’s excluded.

She and Ed have a daughter, Miranda, who is 17 and happily involved in the stock show life.

A talented artist, Raithel’s work is centered around agriculture, and she sells limited-edition prints on her website. A certified art educator, Raithel also uses her abilities as an avenue to reach our non-ag population with a positive message about livestock production.

“When I was a younger woman working in this industry, I worked really hard to do everything a cowboy could do, and I can,” she says. “In a world where so many women are complaining about how they are discriminated against and harassed in their work environment, many cowboys have helped me achieve and thrive in a ‘man’s business.’  They made me the strong woman I am today.”[/fusion_text][/fusion_builder_column][/fusion_builder_row][/fusion_builder_container]