The fire at the Tyson plant in Holcomb, Kan., was a serious blow for the entire industry. For those of us who were in the community when the Monfort plant burned years ago, it brought back memories of a plant that never opened again. This time, although it certainly was a setback, the damage was localized and work is apparently moving forward quickly to bring the plant back online. Thank heavens. But it will not be a minute too soon. 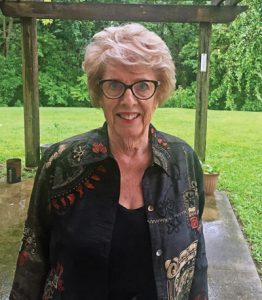 A year ago, when we planned our editorial calendar, who would have imagined that the topic “What’s in a Name?” would be so appropriate? The development and publicity of plant-based hamburger products made for the perfect cover story.

One of my questions is, if you don’t want to eat a hamburger, why make a fake hamburger? Or a veggie steak produced on a three-dimensional printer, for that matter. That’s almost as confusing as a bone-in filet mignon. I see from an advertisement that, “If you don’t choose to deal with a bone, you can get the filet boneless.” Reminds me of when a chopped salad was considered “the deal.” Now, for another few dollars you can get a salad in a wedge, not chopped. Check out the photo in Gatherings of the difference in the price of eggs.

One of my newest finds is Tony’s Meats and Market in south Denver. What a treat to see the best of the best in beef and everything you can imagine to go with it. While shopping to-go, I joined Jim and Sondra Whitt for a week in the mountains near Crested Butte, Colo. I broke the bank at Tony’s and talked James Coope into doing a story. Be sure to read it and, if you get a chance, stop in for a shopping gala. It’s all about branding beef.

The trip to the mountains turned out to be a hoot. The end of the symphony season in Crested Butte was a mariachi band concert. The event started at Bonez, a restaurant on the town’s main street, where we were handed a half-gallon of margaritas. We drank and listened, and then marched down the street for another concert and another drink. Three stops, three concerts and three tall drinks. What could be more fun? It did get a little fuzzy in the high altitude.

That trip also became the nexus for our new column, Hot off the Grill. Sharing recipes for new grills brought a request for a page in the magazine. We are asking you to participate by sending your favorite recipes along with pictures so we can feature you and yours cooking our fabulous beef. Also this issue, we are enjoying the memories of a Feedyard Newbie living the life as a new employee.

We are proud to bring you the results of the International Feedlot Cowboys Roping Finals and the Spicer Gripp Roping held this the summer, as well as two new writers. Missy McClure covers an exceptional program teaching where milk comes from, and Nanette Smith visited a new eating establishment in Galveston, Texas.

The results are in for the Cattle Feeder’s Hall of Fame with presentations to be made Feb. 4, 2020, in San Antonio, Texas, the day before the Cattle Industry Convention. This year’s honorees are 102-year-old Carl Stevenson and Don Oppliger. The Industry Leadership Award winner is Dr. Bob Hummel. Plan your trip so  you can be there for the award ceremony. It is a classy event.

My, “You’ve Got to be Kidding!” Award this time goes to the new car charging station that Millennials think will save the world from car exhaust. They are using a diesel generator to run it. Brilliant, don’t you think?

PrevPreviousWhere She Wants to Be
NextDerrell Peel – Understanding a Global IndustryNext